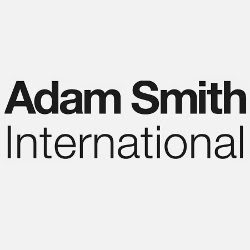 For more than 20 years, Adam Smith International has worked with ministers, government officials and citizens to tackle some of the world’s most difficult challenges – the interlinking issues of growth generation, poverty alleviation, stabilisation, institutional strengthening and capacity building.

We were founded in 1992 in response to the growing international interest in practical advice on economic and government reform. Many organisations were advising governments on how to reform and why, but there was a gap in applying the thinking to the delivery of practical programmes that produced real results.

Our name derives from the relationship that one of our founders had with the Adam Smith Institute, but we are a wholly different, separate and independent organisation with our own objectives focused on tackling the toughest problems faced by governments and societies around the world.

Our focus is on delivering projects that can bring the greatest impact and that support the strengthening of societies and the prospects of those who live within them around the world. We exist to deliver projects that provide long-term benefits and sustainable results across a range of service areas spanning economic growth and government reform.