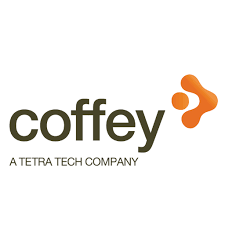 When David Coffey saw the potential for geotechnical engineering in the 1950s, it was a little understood discipline rarely used in Australia. It was a pioneering profession, yet to make inroads in this growing country.

Seeing its value, David travelled to Canada where he lived and worked, honing his craft and building his skills as a geotechnical engineer.

Returning to Australia in 1959 to start his own business from his Sydney home, he launched Australia’s first geotechnical engineering firm. Coffey was born, bringing innovation and insight to projects throughout Sydney.

We’ve been breaking new ground since the very beginning.

It took just four years for Coffey to lead the market, edging out competitors that had arrived from overseas. By the mid-1960s, we were working across Australia and continuing to grow.

In the 1970s, Coffey ventured overseas, creating new opportunities for the company. But it was during the 1980s that Coffey really expanded. New work saw us grow, while strong financial management ensured stability. Our offices in Kuala Lumpur and Bangkok were opened and the future looked bright.

In 1990, Coffey International Limited was listed on the Australian Stock Exchange.

We spent the following decade steadily growing as we transitioned from a private to public company and further developed our reputation for technical excellence. In the early 2000s, we embarked on a range of acquisitions, diversifying the company beyond its traditional origins. We were now involved in more industries than ever before – all over the world.

Later, the Global Financial Crisis saw the need to re-focus our business. New Managing Director John Douglas streamlined the business to focus on its three core areas of geoservices, project management and international development to support its sustainable growth.

Now, more than 50 years after it began, Coffey is a Tetra Tech company. Having joined Tetra Tech in 2016, we are now part of a much larger global network of experts than ever before. We’re delivering smart solutions for our clients – and providing the innovation and insight that comes from a proud history of delivery.