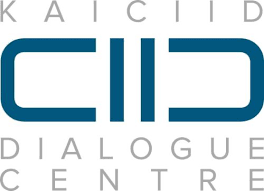 KAICIID is an intergovernmental organization whose mandate is to promote the use of dialogue globally to prevent and resolve conflict to enhance understanding and cooperation. Over a seven-year-long negotiation and development process, KAICIID’s mandate and structure were designed to foster dialogue among people of different faiths and cultures that bridges animosities, reduces fear and instills mutual respect.

KAICIID is the only intergovernmental organization with a Board of Directors made up of representatives from major world religions.

The Founding States of the Centre (Kingdom of Saudi Arabia, Republic of Austria and Kingdom of Spain) constitute the “Council of Parties” responsible for overseeing the work of the Centre; the Holy See is admitted as a Founding Observer to the Centre.