This week we would like to share with you the personal experience of a Head of Unit at European Personnel Selection Office, Laura Tarragona-Saez. In the first part of this interview you will be able to get an idea of her background and accomplishments in her career. You will understand what drove her to work in the Public Sector and might recognise yourself in terms of ambitions! 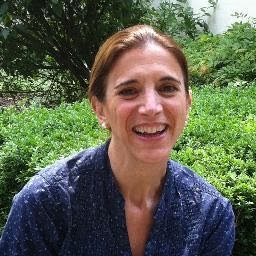 1. What was your background? What did you do/study before moving into the International Public Sector?

I was born in Mexico as the child of two families who had arrived as refugees escaping the Spanish Civil War.  This heritage has been fundamental to shaping who I am.  I studied International Relations and gained a Masters from Boston University. I also learned several languages – French, English, German – along the way.

2. How did you first get into the International Public Sector?

My “proper” career started as a diplomat in the Mexican Foreign Service.  I was fortunate to be sent to Bonn – Germany was an important partner for Mexico.  I worked on both bilateral and multilateral aspects of diplomacy.  I was lucky enough to be made spokesperson for the Embassy, which put me in touch with the press corps and communications with the public. This allowed me to get a lot of insights into how the media work and also what is relevant to the public, which helped me later on in my career.

When I met the father of my children, I decided I didn’t want to give them a diplomatic lifestyle and have them uprooted every four years, so I left the Mexican diplomatic service and then did a work placement at Deutsche Welle, Germany’s international broadcaster.  I started as an unpaid intern working in their Spanish-language radio programme and then stayed on as a free-lancer.  I became pregnant and moved to Frankfurt and then later to Bad Homburg. I continued as a freelance journalist and then worked as an English teacher.

Having applied to the open competition for the EU Institutions, I received notice that I had passed to the last stage in December 1999.  I came to Brussels to the take the oral exam with a five-week old baby – it was quite stressful!!  One of my most vivid memories is sitting in the waiting room with other candidates in Rue Montoyer 34, breastfeeding my baby until I was called for my interview!!  I must say that we are much better equipped nowadays to accommodate new mothers!

3. Was it an accident or design that led you to go to the International Public Sector?

I guess it was a combination of things. Even as a young girl, I felt very strongly that if you thought you had something to give back to society, then you should do so.  We grew up with a keen awareness of the fact that it was thanks to Mexico’s generosity that my family had been able to escape and enjoy lots of opportunities.  So even as a 17 year old, I and some friends wanted to set up an initiative to get more of the brightest people into the public sector.

Every job I have had has had an element of a vocation to serve – from teaching to working in a hotel, which I also did when I was younger.

Although I grew up on the other side of the Atlantic due to my family’s circumstances, I was very keenly aware of the developments in Europe and also had a longing to come back.  The first time I came to Europe I was 15, and the minute I got here, I knew that this is where I belonged.  In fact, I wanted to stay so much that when the time came to return, I locked myself in the toilets at the airport!

The dream of working for the EU started when I was a young diplomat in Germany. I had close contact with diplomats from the EU Member States. I realized that by working for the EU, I could both work for Europe and be a public servant.

4. What single fact would surprise people the most about you?

I was a very, very rebellious teenager – blue hair, the lot!  Somebody who had seen me then would never have guessed that one day I would become a ‘bureaucrat’ if I may use that ugly word – and I guess my colleagues today would never guess that I used to be like that!

5. What drives you in the morning?

Most immediately, it’s working with my team.  Perhaps I am one of the luckiest people on Earth – but in the 13 years I have worked for the EU Institutions, I have been fortunate to work with highly intelligent, extremely motivated, fantastic people across every one of the six departments where I have had different roles.

The other thing has been the growth factor – every job has forced me out of my comfort zone and to learn so many new things.  This has added a dimension to my professional persona which I could not have got anywhere else.  Every day I know that I am going to learn at least one new thing.

6. What are your proudest achievements with your organisation?

My first job at the European Commission was in the Directorate General for Justice and Home Affairs. My Unit was involved in creating CEPOL, the European Police College, and I represented the Commission on its Board.  Now CEPOL has its seat in the UK. Its work is oriented at training the police officers of the EU Member States.  It has a real impact on people’s lives. I was so positively surprised by the richness of this world, the quality of the people and their diversity.  I now have even more respect for the people that help enforce the law.

I am particularly proud of having worked in the European Parliament as it is an institution I admire very much.  I was there for 2.5 years in the Administration to support their HR forward planning capability.

I am now really happy to be in the European Personnel Selection Office, which is responsible for organizing all selection procedures for future officials of the EU – so, again, we are working to help build the EU’s future, by making sure that we attract and select the best people for the best careers in the international public sector.

Time for a new career? Search now
Are you a recruiter? Find out more
"The Global Careers Fair is a great way for participants to understand the requirement of several types of jobs in our international organization and how to apply for these jobs. For professionals, it is also a good way to know how to prepare themselves for these job opportunities."
UNFPA