4 Clichés That Kill Your Job Interview

Culling and Cleansing Arguably, a Job Interview is one of the few times in life where a relatively small slice of time […]

How to prepare for a competency interview 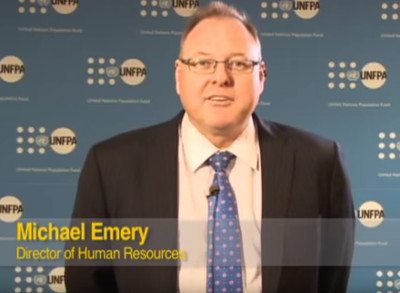 So, you have been invited to a competency based interview and now need to prepare for the interview itself. Watch […]

5 Top tips to win the day in a video interview

The 7 most bizarre job interviews of all time

We’ve all heard an array of horror stories when it comes down to job interviews, but one man has experienced […]

We’ve all waded through great lists – 24 Excellent Things to Do in an Interview kind of thing. All very […]

What NOT to Wear to Your Next Job Interview

5 questions Not to Ask to End a Job Interview

Be Aware of the 8 Lies Interviewers Tell Candidates!

Recruiters meet a variety of candidates and try to make the best selection between all of them. Interviewers regularly deliver […]

Set yourself apart during your interview… that is your major objective. Don’t forget that the recruiters has likely seen a […]

You created a brilliant cover letter to reinforce your stellar CV. They are both ready to send to the recruiter. […]

In this video, Michael Emery, the HR Director  for the United Nations Population Fund talks about his own career as […]

6 Interview Tips that will leave them Wanting More

You’ve spent ages polishing your CV, developing your “sales pitch” and researching the company. However, as we know, how you […]

10 Things you MUST say during a Job Interview

During a job interview, the objective is to distinguish yourself from your competitors. There are things you should not do […]

How to Succeed in a Panel Interview?

Companies often use panel interviews as part of the hiring process. They are designed to help recruiters see how […]

You have been selected for the interview thanks to your stellar CV and fantastic cover letter, well done! The next […]

How to perform in a Video Job Interview?

Body Language Reflects your State of Mind during a Job Interview

You’ve spent hours preparing for your interview, but have you ever thought about how you look and your body language? […]

Do you Know How to tell YOUR story during a Job Interview?

How do you react when an interviewer asks you to “Tell me about yourself?” For some of us, talking […]

Little Cover Letter Secret to get an Interview

Writing a cover letter is your first chance to show your motivations to the recruiter. This article talks about how […]

Interviews but No Job Offer…? Sort it out!

Getting a lot of job interviews but all unsuccessful? There is something missing and we are here to help you […]

9 Essential Questions To Ask In An Interview

Great news! you’ve been selected for an interview, done all your research, anticipated all the questions that your interviewer might […]

Today, we would like to share with you the very special experiences of Mamta Singh, Human Resources Specialist at the […]

Time for a new career? Search now
Are you a recruiter? Find out more
"With over 4000 visitors on ICRC booth and 131 nationalities represented, the GCF offers a relevant and useful platform for the ICRC to globally screen available profiles in all our business functions."
ICRC, Geneva

“With more than 2,400 booth visits, IOM’s contribution to the Global Careers Fair was a worthy investment. IOM had access to more than 800 potential candidates. An experience we look forward to replicating at a regional level.”
International Organization for Migration

"Very satisfied with the online events with themes managed by Global Careers. Such events are key components in our global outreach recruitment plan. They support the global increase of our employer branding awareness among targeted candidates. It is also a great way to engage with them which is a must do to attract top and diverse talent."
Global Careers Client
HR Advisor within an international organisation
"The Global Careers Fair is a great way for participants to understand the requirement of several types of jobs in our international organization and how to apply for these jobs. For professionals, it is also a good way to know how to prepare themselves for these job opportunities."
UNFPA

"An amazing initiative that enables people to get in direct touch with the recruitment teams of the main international organizations. Nowhere else, one has the chance to have this experience."
Anonymous
Candidate
© 2020 Global Careers Fair