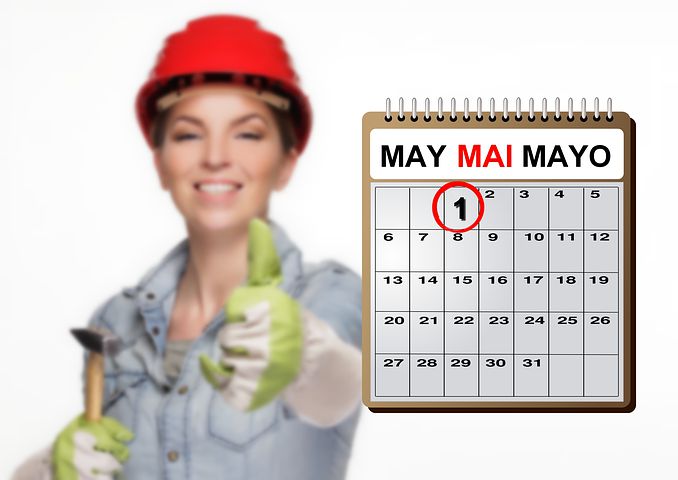 Labour Day is most commonly associated as a commemoration of the achievements of the labour movement. It is marked with a public holiday in over 80 countries and is known as May Day or International Worker’s Day.

The first May Day celebrations focused on workers took place on May 1st 1890 after its proclamation by the first international congress of socialist parties in Europe on July 14th 1889 in Paris, France, to dedicate May 1st every year as the “Workers Day of International Unity and Solidarity.”

The date was chosen due to events which took place in the USA. In 1884 the American Federation of Organized Trades and Labor Unions demanded an eight-hour workday, to come in effect as of May 1st 1886. This resulted in the general strike and the Haymarket (in Chicago) Riot of 1886, but eventually also in the official sanction of the eight-hour workday.

Though the eight-hour workday was not fully adopted across America until the 20th century, the events in Chicago inspired similar protests across Europe, establishing May 1st as the day to recognise the rights of workers across the world.

May 1st is celebrated as May Day in most countries around the world. In the United Kingdom and Ireland the bank holiday isn’t fixed on May 1st but instead is observed on the first Monday of May.

In the 20th century, Labour Day received the official endorsement of the Soviet Union, and it is also celebrated as the Day of the International Solidarity of Workers, especially in some Communist states. Celebrations in communist countries during the Cold War era often consisted of large military parades with the latest weaponry being exhibited as well as shows of common people in support of the government.

Curiously (given the origin of the May 1st date), the United States celebrates Labor Day on the first Monday of September.

Canada, Australia, New Zealand, and the Netherlands also celebrate Labour Day on different dates; though that has to do with how the holiday originated in those countries.

May Day has long been a focal point for demonstrations by various communist, socialist and anarchist groups.

May 1st was also a pagan holiday in many parts of Europe: its roots as a holiday stretch back to the Gaelic Beltane. It was considered the last day of winter when the beginning of summer was celebrated.

During Roman times, May 1st was seen as a key period to celebrate fertility and the arrival of spring. The Roman festival of Flora, the goddess of flowers and the season of spring, was held between April 28th and May 3rd.

Traditional English May Day rites and celebrations include Morris dancing, crowning a May Queen, and dancing around a Maypole; festivities which made it a popular seasonal celebration in medieval England.

Whether you are WFH or enjoying a day off today, May 1st, stay safe, stay home, save lives!

Read about other international celebrations here

"An amazing initiative that enables people to get in direct touch with the recruitment teams of the main international organizations. Nowhere else, one has the chance to have this experience."
Anonymous
Candidate
© 2022 Global Careers Fair
This site uses cookies. Click here to find out more.