Home > Other > Interview of the week

Interview of the week

Christophe Beney – Head of Sourcing at the ICRC 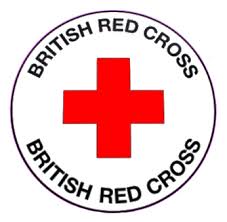 Today, we would like to share with you the very special experiences of the Head of Sourcing Division at the famous International Committee of the Red Cross (ICRC) in Switzerland. In the first part of the interview published here, you can read about his background, motivations and accomplishments in his career at ICRC. Through this interview, Christophe Beney will relay his personal experience and explains what drove him to work in the Public Sector…

1. What was your background? What did you do/study before moving into the International Public Sector?

“I completed my business studies and spent a brief time in banking but very quickly discovered that it was not my “piece of cake.”  I then went travelling and came to realise that I was greatly attracted to discovering the world but at the same time wanted to do something meaningful with a purpose.

2. How did you first get into the International Public Sector?

In Switzerland in the late 80’s, the international public sector was not as well known as a place to work as it is now.  The organization with the highest profile for humanitarian work was the ICRC – there were other opportunities but it was pretty natural at that time for Swiss people who wanted to go into this world to go to the ICRC.

I started at the headquarters because at that time I was too young to go into the field (you need to be at least 25).

Today, the process for joining the ICRC is very different – 10,000 people apply and there is a challenging selection process which leads to around 300 appointments yearly, spanning the field and headquarters.

3. Was it an accident or design that led you to go to the International Public Sector?

Before joining the ICRC, I had an idea to do something meaningful, to have a purpose.  This came from my time in Banking where I had found out quite soon that it wasn’t to be my destiny to help others to get richer.

At the beginning, I moved to the ICRC without knowing whether or not it would be right for me, but, from my earliest experiences, I was very quickly hooked. I didn’t want to change – and that it still true today. I have never wanted to leave.

4. What single fact would surprise people the most about you?

I spent 20 years in the field in Former Yugoslavia, the Caucasus, Burundi, Iraq, Rwanda, Angola , Gaza, etc. – these experiences shaped my personality and opened my mind.  They allowed me to know myself better and made me solid and more modest, positive and straightforward.  This is what we are looking for in the people we recruit – the ability to face difficult situations and be able to cope with them.  This is how I see myself and how I think the ICRC has shaped me to quite some extent. In other words, we don’t need people who want to be like Rambo (one extreme) or Mother Theresa (example of the other extreme)!  We don’t need those who want to save the world!

5. What drives you in the morning?

I have been at HQ for nearly 2 years – in some ways, it is not as easy as when you are in the field.  However, even if you are working at the HQ and far away from the front-line operations, I still have the feeling of being a part of the overall vision, that we can make a contribution.  Being in contact with both the recruitment and the international assignment functions makes up for the frustration of no longer being there myself, close to victims of armed conflict.  That’s also why I wanted to join HR coming back from the field because I knew I would be close to the people who go and come back and to the ones who are experiencing the same things that I did.  In my view, it always comes down to the notion of purpose – to have the conviction that you are a part of the whole chain.

6. What are your proudest achievements with your organisation?

I have three examples:

When I was in conflict situations, I often had to negotiate passage across checkpoints manned by soldiers from either the regular army or from the opposition. For example, negotiating passage into enemy territory to provide medical equipment to the people there could be a tough thing, but when we managed to assist the people on the side, you felt that there are still ways, still people who understand that even in conflict there is need for rules and laws. This is very rewarding.

Something that I remember from one of my last missions was completing a long and tough negotiation with a minister so that detainees could receive family visits and legal counsel; it was to make sure that their basic rights would be respected.  Such negotiations are not an easy task to tackle particularly in the middle of an internal conflict. For a minister it would have been easier to pander to popular support by being seen as remaining tough within his own country.

But the best example comes from my last assignment – during the 3.5 years that I stayed in Columbia, one action that I organized was the release of a number of people who had been detained by the FARC in the jungle for 10 to 15 years. Negotiating their release was a huge task, including getting the involvement of the Brazilians as a neutral third party to provide their helicopters to take the detainees out of the jungle.   I truly felt that I had done something incredible when they were finally released.” 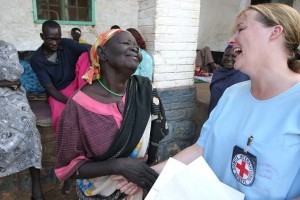 Please follow the adventures of Christophe in our next newsletter…

Next week, Christophe will give you an idea of the expectations of ICRC in terms of Recruitment… Don’t miss the point!

"An amazing initiative that enables people to get in direct touch with the recruitment teams of the main international organizations. Nowhere else, one has the chance to have this experience."
Anonymous
Candidate
© 2022 Global Careers Fair
This site uses cookies. Click here to find out more.